It’s the creation of Barry Gibson who made cider for his friends and family for over 15 years before deciding to go commercial. He released Fowey Valley Cider’s first 2012 vintage in 2014 to great acclaim.

All the apples Barry uses come from his own orchard in the riverside village of Golant, near Fowey, or from orchards within a 20 mile radius. Unlike most cider makers who use crab apple juice for its tannins and slightly bitter edge, Barry uses a high proportion of sweet dessert apples that have always grown well in the area. 100 years ago the Fowey Valley was famous for its orchards - attracting crowds of visitors in the late spring who came to see the spectacular displays of apple blossom.

After pressing, the juice at Fowey Valley Cider spends a year in the barrel resting on its ‘biscuity’ lees, followed by a year in the bottle for secondary fermentation. This is when it achieves its distinctive sparkle. For the final stage, the bottles rest on specially crafted racks designed with a gentle tilt. Each bottle is turned by hand once a day, allowing the sediment to slowly make its way to the neck. This is removed in the traditional Champagne style of disgorging, leaving behind the crystal clear cider The Independent newspaper says: “Beats most sparkling wines hands down.”

At We are Cornwall, we agree with the Independent. We used this outstanding Cornish bubbly to toast our first anniversary and enjoyed it so much we’ve decided to make it the subject of our first “We are impressed” feature. 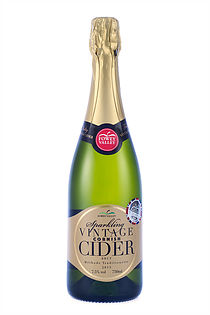 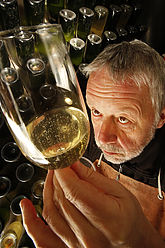