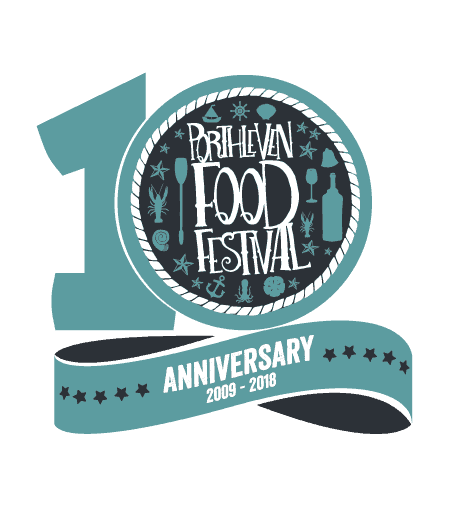 Porthleven Food Festival is a well-established event on the festival calendar. From small beginnings, when a group of locals pulled together a chefs tent on the harbour head the Festival now welcomes around 30,000 people over 3 days in April and takes over the foodie hotspot of Porthleven.

Situated in and around the stunning harbour of Porthleven, the Festival has now spread out to include the boatyard and a dedicated family space on the playing fields.

Most of the Festival remains FREE with only the evening After Dark Parties having a charge for tickets.

Our patron, Antony Worrall Thomson cooks each year and is joined by some of the biggest chefs on the UK food scene, hosted by BBC Radio Cornwall’s Daphne Skinnard in the Chefs’ Theatre.

Airfish Circus, Sticky Fingers, Trifle Gathering and Squashbox Theatre are just some of the names who’ve entertained families free of charge and our food stalls now number over 100.

• A national and international Chef’s Theatre

• After Dark parties organised by the team behind Cornwall’s Masked Ball.