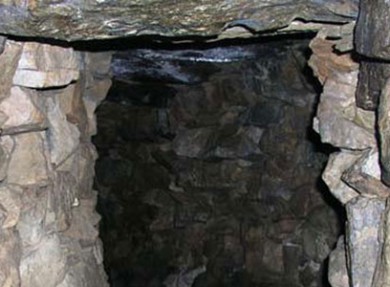 Roofed and walled in stone, the word ‘fogou’ means cave in the Cornish language. The purpose of these spaces is still unclear but it’s thought they may have been used as ritual shrines, storage chambers or refuges.

Situated at the top of a hill, Halliggye Fogou is one of the largest and best-preserved underground tunnels in Cornwall - thought to have been created in the fifth or fourth centuries BC. Only found in the far west of Cornwall, the fogou comprises a complex series of underground passageways built with massive slabs of stone and was constructed within a small farming settlement, otherwise known as a ‘round’.

Found at Trelowarren Estate, entry to the fogou is free, whilst there is a charge for access to the rest of the estate.

The mysterious history of a site such as this – why not explore the underground passageways for yourself and make your own decision as to what they were originally intended for?

A look at the beautiful Trelowarren Estate, which manages the fogou.