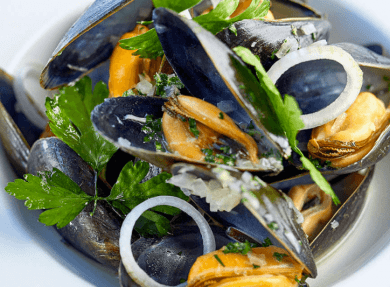 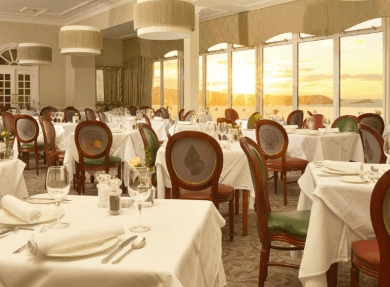 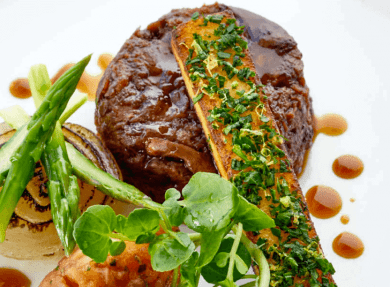 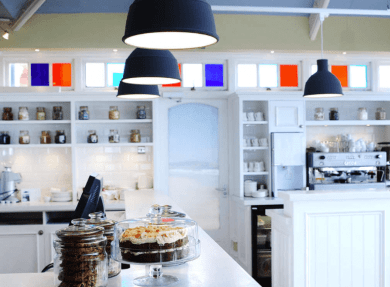 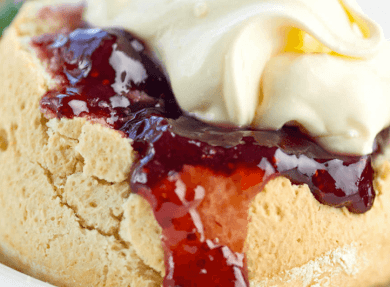 If you go down to the shoreline today, you’re sure of a big surprise. It’s not the Teddy Bears Picnic, but chefs from the brigade at the four star Headland Hotel picking fresh samphire from the water’s edge at Fistral Bay. Foraging for this vibrant green plant, with its distinctly salty taste and appearance of baby asparagus, is the kind of attention to detail you’d expect from Executive Chef Christopher Archambault. He began his career in Devon and has travelled the world, arriving in Cornwall in 2015. The Headland, he says, feels like home as his wife is Cornish.

His menus reflect his experience, his imagination and his love of local produce. The quality of the food is reflected in the two AA rosettes awarded to the sophisticated Samphire restaurant. Suppliers are handpicked for the best Cornwall has to offer - Cornish beef, chicken, duck, fish and seafood, even seaweed. Dairy products, ice cream, sorbets and eggs are all local. Rapeseed oil and tea grown in the county can also be found in the kitchen.

The Headland also has The Terrace restaurant, overlooking Fistral Beach, with lots of lovely seafood, chargrilled meats and pasta. Recently awarded an AA rosette for culinary excellence, Christopher has devised an appealing children’s menu and Afternoon Tea and Tea Parties which are the height of indulgence.

One of the highlights of the Samphire menu is a sharing dish of 25oz aged Cornish beef rump cap known in South America as the Picanha. It is cooked slowly and seared and served with thyme crumbed marrow bones, parsley and shallot salad, cherry vine tomatoes and chips accompanied by a béarnaise or peppercorn sauce.

A Cornish crab sandwich or a plate of Cornish mussels served in The Terrace with its spectacular view over the popular surfing beach of Fistral Bay. Wash it down with a Headland Hugo cocktail – prosecco with a touch of elderflower, fresh lime and mint.