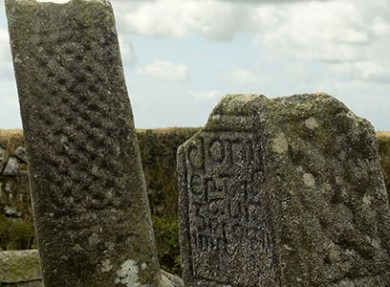 This ancient site on the edge of Bodmin Moor is home to two fragments of granite Cornish crosses - the last surviving examples in the county. King Doniert’s stone is the base of a cross thought to commemorate its namesake, the last king of Cornwall, who drowned in AD875.

The stone is 1.37 metres high with a deep mortice on top and is carved on three sides with an inscription on the fourth: ‘Doniert rogavit pro anima’. This roughly translates as ‘Doniert asked for this for his soul’s sake’. Beside King Doniert’s Stone is the Other Half Stone. At over 2 metres tall and adorned with elaborate carving, it’s believed to be the shaft of another cross.

These mystical stones sit in a field just off the B3254, a mile north west of St Cleer. They’re easy to access and you can park in the nearby lay-by.