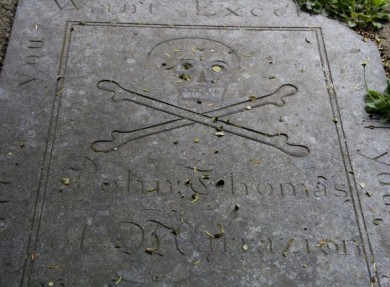 Just inland from Mount’s Bay, where the majestic St Michael’s Mount rises from the sea, is the small village of Gulval – comprising a charming collection of Victorian granite cottages clustered around a village square.

The parish church is a beautiful example of 15th century architecture and is encircled by a stone wall with a large stone lynch gate - built in the 19th century to celebrate Queen Victoria’s Jubilee. The holy well that stands in the church grounds is said to have the power of bestowing information to worried girls about absent lovers. If you gazed into the well and the water turned clear all was well - cloudy water spelt trouble.

The graveyard is home to the ‘Pirate’s Grave’ where John ‘Eyebrows’ Thomas lies - a notorious pirate and smuggler from Marazion in the 1700’s. It is rumoured that Marazion parish refused to bury him and paid the nearby Gulval church to do it instead – his grave features a skull (with eyebrows!) and crossbones.

The granite drinking fountain built in 1910, which stands in the centre of the village square. Designed for both humans and horses to drink from, it now showcases a stunning floral display.

Visiting the nearby Ding Dong Mine, said to be one of the oldest in Cornwall. Legend says that Joseph of Arimathea, a tin trader visited the mine and brought a young Jesus to address the miners.