Ideas for couples outside of school holidays

Just the two of us… Empty nesters, young lovers or parents escaping the kids for a few days. Whatever brings you to Cornwall as a couple, there are lots of lovely places to visit outside of the school holidays, especially with the prospect of an Indian Summer to enjoy.

Here are some suggestions for enchanting locations which can get a bit busy in the summer holidays and are well worth a visit tailor-made for two. To make a day of it, we’ve even thrown some ideas for a lovely romantic lunch or dinner à deux. 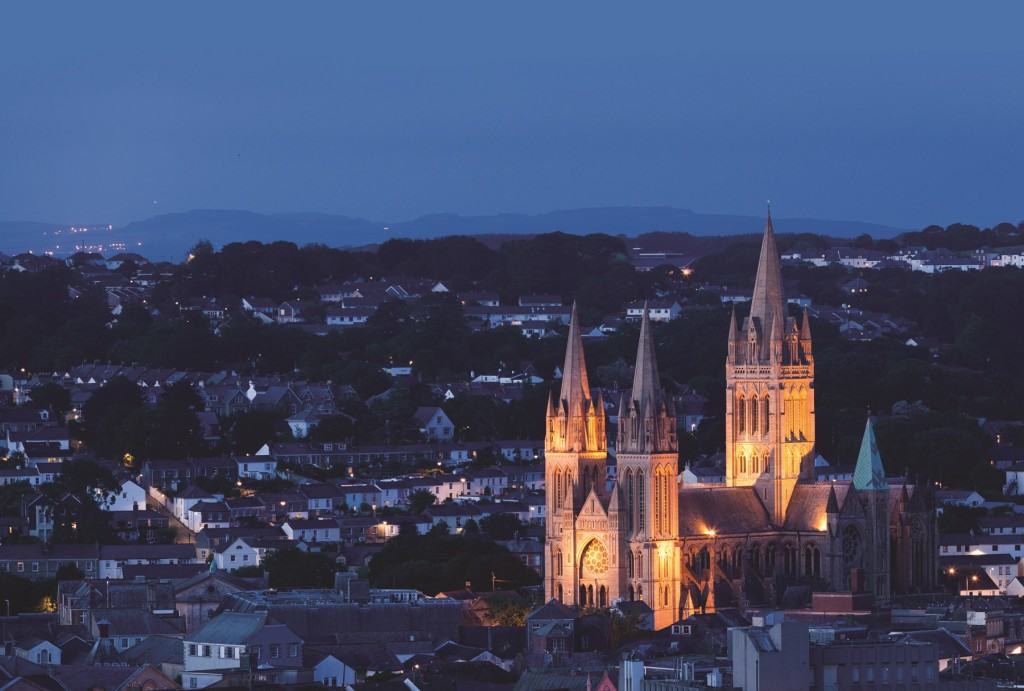 Cornwall’s county town has some fine examples of Georgian architecture – classic and restrained buildings with elegant windows and doors inspired by the Greek and Roman style and built between 1714 and 1830.  Beautifully proportioned Lemon Street in the heart of Truro was built to provide access for the Falmouth mail coaches and there are some well-preserved Georgian buildings here.

Other Georgian delights include the Assembly Rooms, built in 1787 for entertainment, and a beautiful terrace in Walsingham Place. Later buildings which are of interest include the late-19th century Town Hall, The Coinage Hall where tin tax would be paid and the modern Crown Courts.

Truro Cathedral is not Georgian but in Gothic style and relatively young for a cathedral – the foundation stone was laid in 1880, the first new Anglican cathedral to be built in England for over 600 years. Its three spires easily pinpoint its city centre location.

Table for two: Bustopher Jones wine bar and restaurant is in a beautifully restored listed Georgian townhouse in Lemon Street. Here they give fresh Cornish ingredients a twist with a well thought-out menu of classics and new taste combinations. Popular with theatregoers.

Museums are a must – Falmouth 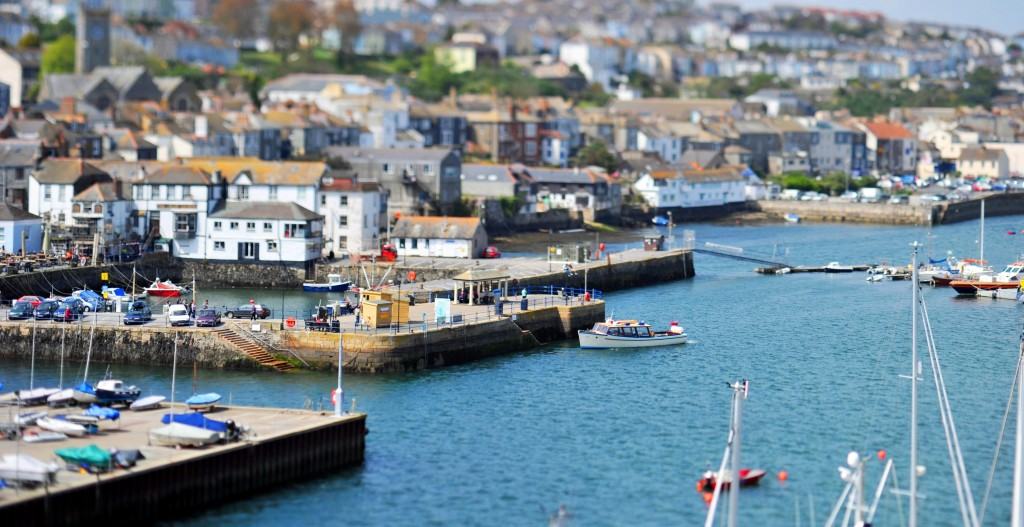 The National Maritime Museum in Falmouth houses some fascinating exhibits including the National Small Boat collection and 15 galleries packed with memorabilia, maps and charts, and the story of Falmouth’s rich maritime history. Two exhibitions (until January 2018) offer fascinating insights – the story of Captain Bligh: Myth, Man and Mutiny and a look at the history of British tattoo art. For panoramic views, head for the Look Out Tower, and for a peek under the waves visit the Tidal Zone.

It’s also worth a visit to English Heritage’s Pendennis Castle, high above the town. It was built by Henry VIII (as a companion to St Mawes Castle on the other side of the river). Pendennis was restored in the Victorian era and played a defence role in the Second World War.

Table for two: Enjoy the catch of the day at the Gylly Beach Café overlooking the sand and water at Gyllyngvase – a Blue Flag beach close to the town centre. There’s a spacious terrace but if you need to sit inside the huge picture windows allow you to enjoy the view. Open all year round, there’s everything from the full Cornish breakfast to lunch, dinner and coffee and cake. 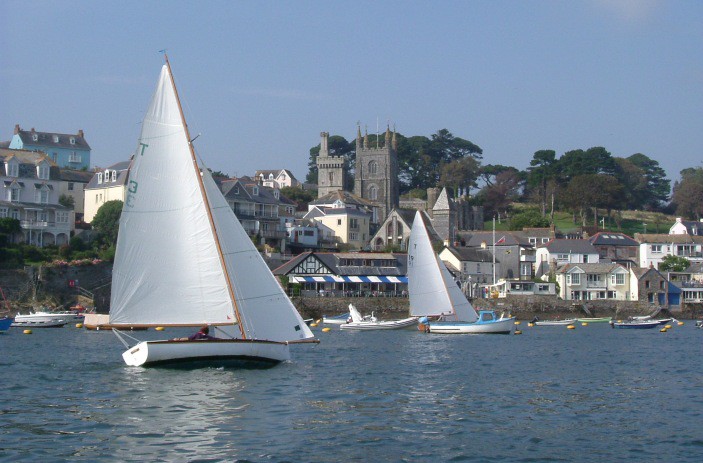 Fabulous Fowey has some famous literary connections - novelist Daphne du Maurier lived alongside the river and was great friends with Cornish writer Arthur "Q" Quiller-Couch. Kenneth Grahame is said to have been inspired to write The Wind in the Willows while staying at The Fowey Hotel. The streets have lots of lovely quirky shops and cafes to dive in and out of, many offering views of the river.

Table for two: Havener’s Bar and Grill is on the Town Quay with river views, inside and out. The name comes from the building’s earlier use as a base for Cornwall’s first “havener” – a kind of harbourmaster – who had control of this once busy port. Lovely food at this bar and grill has everything from crab claws, gumbos and oysters to traditional burgers and fish and chips.

Art for the heart – Penzance 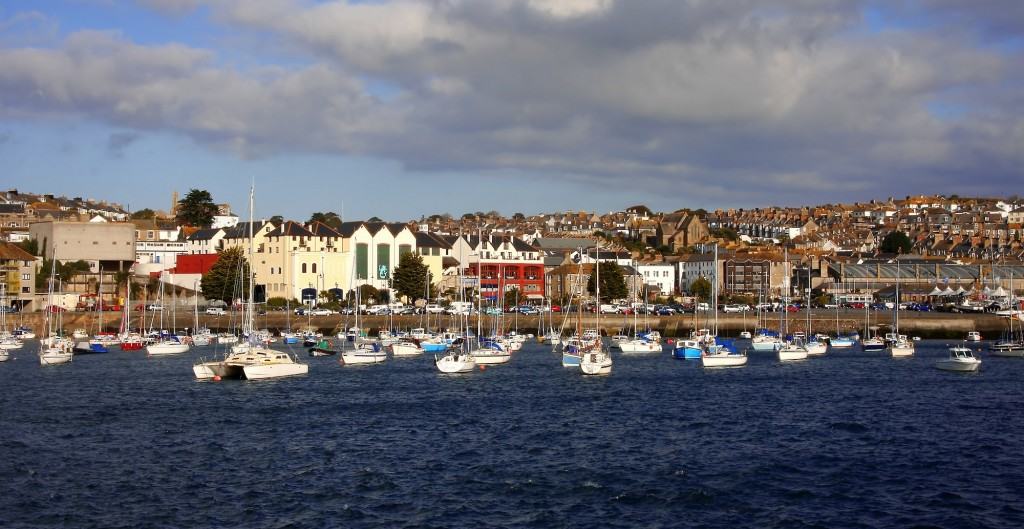 Romantic Penzance was the birthplace of the Newlyn School of Artists – Walter Langley, Henry Scott Tuke, Dame Laura Knight, Alfred Munnings, Stanhope Forbes and others. There are several fascinating galleries in Penzance including Penlee House Gallery and Museum, the Newlyn Art Gallery and sister gallery The Exchange. Above the town, with views across the Bay to St Michael’s Mount, is Tremenheere Sculpture Gardens. This 22-acre exotic and sub-tropical garden provides the perfect backdrop to contemplative and inspiring art from renowned artists who have worked with the garden to create art at one with its surroundings.

Table for two: For a closer view of St Michael’s Mount, visit The Godolphin Arms in Marazion where the lower and upper decks gaze directly at the mount. Seasonal menus reflect the catches landed at Newlyn, including crab. There’s a relaxed atmosphere and a menu which changes daily. 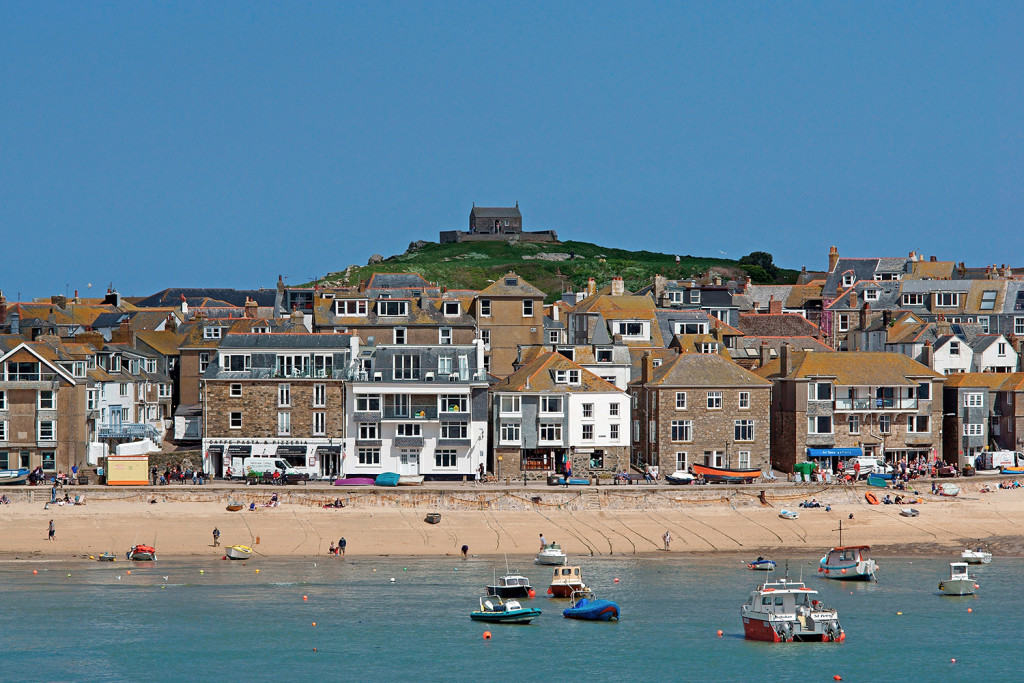 Artists have been heading for St Ives for decades – drawn by the light, the sea and the sense of community. For a golden period from the 1940s to the 60s, it attracted modern and abstract artists who became loosely known as the St Ives School – people like painter Ben Nicholson and his sculptor wife Barbara Hepworth, Terry Frost, Patrick Heron and potter Bernard Leach. There are many galleries to visit, the biggest of them the Tate St Ives with a terrific collection of contemporary work in an iconic building overlooking Porthmeor beach. You can obtain a joint ticket to the Tate and the Barbara Hepworth Museum and Sculpture Garden. Check online for exhibition details from October 14 when the Tate reopens.

Table for two: A short drive from St Ives is stunning Gwithian Beach. The Rockpool is the place to head for on this dramatic stretch of coast, in an area protected by the National Trust. Fresh seafood is naturally on the menu along with proper burgers and the restaurant is open for breakfast, lunch or dinner.