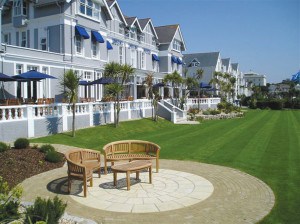 Taking place on the stroke of midnight, the display will be set off at Pendennis Castle – ensuring that as many people as possible on the seafront and in the town are able to enjoy it.

The idea was the brainchild of Peter Brend, Director of the award-winning Brend Group which bought the Royal Duchy in 1977, exactly forty years ago. Having seen how successful similar events in other parts of the region have been in drawing crowds and making New Year celebrations even more special, Peter was keen to help make the display happen.

“I’m delighted that the town management team have been as enthusiastic about this as we are,” he said. “Falmouth is a very special place, in an exceptional coastal setting. I love the buzz and atmosphere of the spring, summer and autumn festivals and felt that it would be good to mark the New Year with something spectacular. We’re committed to sponsoring a display for the next three years and I’m really excited about seeing the first one. Who needs London and the Millennium Wheel on television when you can be dazzled by something live from stunning Pendennis Castle?” 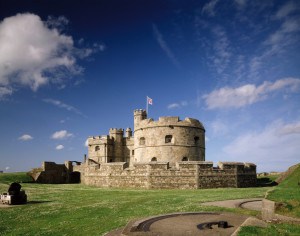 The castle won’t be open to spectators but, given the height of the landmark headland, the display is expected to be seen from the seafront and the harbour-side of the town.

Richard Gates, Falmouth Town Manager, said: “People have asked for a town firework display on New Year’s Eve in the past so I am very pleased that Peter Brend and the Brend Group are very kindly sponsoring the display. I would also like to thank Pendennis Castle for agreeing to host the display which promises to be a great backdrop on the stroke of midnight."

Award-winning SMART Pyrotechnics, who travel the world taking part in fireworks’ championships, will organise the display.