The early morning call from my mother wasn’t unexpected but its content certainly was.

“Hello darling. I thought you’d like to know that today is the 100th anniversary of your grandparents’ wedding in St Columb Minor Church.”

We all know how easy it is for information like that to pass us by without a second thought but, on this occasion, something clicked. I wanted to know more.

The date was Friday 12 December 2014. One hundred years earlier Granny and Grandpa, both aged 20, had exchanged their vows in a place I didn’t know. War had been declared four months earlier, my grandfather had enlisted and he’d apparently met my grandmother only a short time before when, on his back on the ground fixing something, he’d admired her ankles as she walked by. I wouldn’t have known that if I hadn’t asked. And I wouldn’t have asked if I hadn’t decided to ignore my bulging in-tray that day, take an extended lunch hour and visit the church for myself.

St Columb Minor is a small village to the north of Newquay, about a mile from the sea at Porth Beach. Granny and her two sisters had grown up in the area, brought up by their mother Bessie Brokenshire single-handed after their father, William, who’d sawed logs for a living, died of pneumonia at just 36. Grandpa came from Ilfracombe in Devon but had been drafted to Cornwall to help find and train horses for military use. Neither of the newlyweds’ parents were there for the marriage – my great grandmother had died, aged 49, one year earlier, Grandpa’s father was dead and his mother, for whatever reason, didn’t travel down. 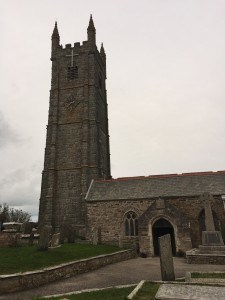 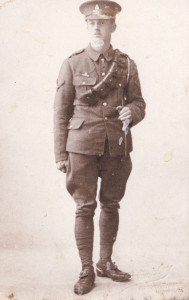 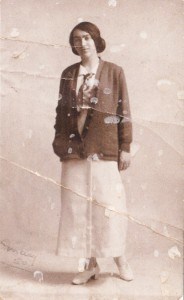 Nowadays weddings are often expensive, elaborate affairs, planned months in advance. Granny and Grandpa didn’t have that luxury. Theirs was a simple ceremony attended by a handful of guests but was certainly no less momentous. Grandpa was sent to the Front but, despite being gassed and contracting TB, survived. They had four children - Tom was born in 1916, Pat in 1921, Michael in 1927 and my mother in 1931. When the Second World War broke out Tom and Pat joined the Merchant Navy, served on different ships and were killed within six months of each other – both torpedoed by submarines. How does any parent come to terms with a tragedy like that?

My parents also got married in St Columb Minor Church and I was christened there – but I can’t remember having visited since. Going back on what would have been my grandparents’ 100th wedding anniversary felt special and poignant. I knew how much they had loved each other because, when she was dying aged 85, I vividly remember Granny muttering ‘coming Tom’ over and over as her breaths became shorter and life slowly ebbed away. Grandpa had died twenty years earlier – perhaps he was in the hospital room waiting for her, just as once he’d waited at the altar.

When I left the church I wandered around the cemetery. Mum had told me that my great grandmother was buried there but she and Dad hadn’t been able to find the grave. Guided by who knows what, I managed to find her headstone – the top half broken off and lying in the grass. Bessie Brokenshire, died 1913.

I know very little about her story but finding its ending forged a deep-seated connection. St Columb Minor is an important part of my heritage and going there has reinforced the bond.