Things to do in South East Cornwall 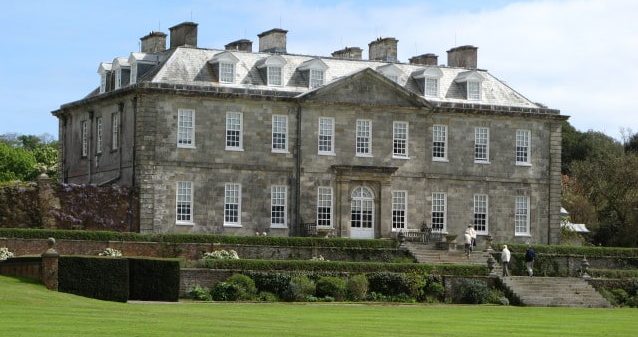 The wonderful thing about the county of Cornwall, well one of the wonderful things, is the diversity of the landscape. Each area of the Duchy has its own distinct character, shaped by the past. The distance from coast to coast can vary – from Morwenstow in North Cornwall to Saltash, where the bridge connects to Devon, is 50 miles. In West Cornwall the coast to coast trip from Hayle to Penzance is just eight miles and the Saints Way, where pilgrims walked from Padstow to Fowey is 27 miles.

South East Cornwall is the gateway to the county, whether it's via Brunel’s iconic Royal Albert Bridge (1859) or the Tamar Bridge (1961) which link Plymouth to Saltash or the Torpoint Ferry which has been crossing the River Tamar for three centuries.

This role, connecting Cornwall to the rest of the world, helped create the unique character of South East Cornwall. Here are some things to discover on a visit to the area.

The grand stone-built 18th century mansion of Antony near Torpoint is a magical setting. You can see why director Tim Burton decided to film Alice in Wonderland with Johnny Depp here.

The views from the house, still lived in by the Carew Pole family, stretch down to the River Lynher. But it is the gardens that attract many visitors. Designed by Humphry Repton they are full of hidden, and not-so-hidden delights. Lady Mary’s Garden bursts with summer blooms, there’s a formal knot garden, a Japanese pond, the Woodland Garden with rhododendrons, azaleas, magnolias and camellias and lots of topiary including a 10m yew cone. There are wide expanses of lush lawn, modern sculptures and lots of flowers including the National Collection of over 600 types of daylilies.

Antony House is now open through the National Trust.

Around 700 years ago, Lostwithiel was the capital of Cornwall. The 13th century ruin of Restormel Castle, which overlooks the town, was once home to Edward the Black Prince. There’s still a lot of history to be found in Lostwithiel’s old buildings and narrow streets.

Today the town is famous for its antiques and interior design shops. You can spend a pleasant day wandering in and out of the various places offering antiques and collectables or time your visit for one of the fortnightly auctions at Jeffery’s in South Street. There’s a delightful walk from the town along the River Fowey and lots of lovely places to eat and drink.

Lostwithiel always has a genteel and calm atmosphere, and you may just find a bargain.

Mount Edgcumbe is a Tudor style mansion in magnificent Grade I listed grounds on the beautiful Rame Peninsula. Mount Edgcumbe Country Park covers 865 acres with spectacular panoramic views of the point where the River Tamar meets the sea. It has a rich history and there are lots of things to discover – forts and chapels, ancient barrows and smugglers coves alongside formal gardens and even a Black Bee reserve.

Over the centuries, the Edgcumbe family demonstrated their wealth by developing the parkland, deer park and gardens. The lower gardens, from the water’s edge at Cremyll, offer great variety, some inspired by plants from around the world - The Italian, French, English, American and New Zealand Gardens are found here with a Fern Dell and Rose Garden.

Local crafts and gifts are on sale in the Barrow Centre, and there are two lovely places to eat – in the old stables and the former orangery.

Read all about it…

Fowey embraces its connection with the great novelist, Daphne du Maurier, who lived a ferry ride away on the other side of the river at Bodinnick. Some of her books have this historic town as a backdrop, albeit disguised as fictional places. Her home for many years near Fowey, Menabilly, was the inspiration for Manderley in Rebecca. There’s an exhibition about Daphne and her work in Fowey Museum. Author Arthur Quiller-Couch, or Q, lived in Fowey and would often take tea with Daphne in the Fowey Hotel on the water’s edge. Kenneth Grahame also stayed here and was enchanted with the woods and river, using them in his book, The Wind in the Willows.

Fowey is an Area of Outstanding Natural Beauty and has a natural harbour which once made it a thriving commercial port. There is still some commercial traffic here but you are more likely to see yachtsmen sailing for pleasure and leisure, rowers and the occasional cruise liner.

There are lots of lovely cafes, restaurants and places to eat – many with views of the river – and a great deal of interesting and independent shops.

Charlestown, near St Austell, was once a tiny fishing village and then became a busy commercial port serving the china clay pits and the mines. Today, with its Georgian buildings well preserved, it is familiar around the world for appearing on film and TV, most recently in Poldark where Captain Ross Poldark walked along the harbourside watching ships being loaded.

Traditional square rigged ships are moored at Charlestown, making it an atmospheric place to visit. Include a trip to the Shipwreck and Heritage Centre which has Europe’s largest display of privately owned shipwreck artefacts from over 150 lost vessels. Exhibits date back to 1715 with a big collection of underwater diving equipment. The centre also tells the story of Charlestown and the once thriving China Clay industry.